List all the MJ related items you own! Here's mine:


DVDs/Movies
The Jacksons: An American Dream
This Is It (2 copies)
Michael Jackson: Live in Bucharest: The Dangerous Tour
Moonwalker

Other
Have 858+ photos of him stored on my computer
Have EVERY single one of his songs (which were released to public) from the start of the J5 to his solo career downloaded on my computer/iphone/ipod =D As well as some rare demos & unreleased officially, songs
Posters + 1 life sized poster (which I painted)
Framed picture hanging on my wall
Printed out photos and stuck to my wall lol
Mug which has pictures of MJ all over it
Few pairs of Aviator Tear Drop Shades
Orange pants (which I bought to feel like MJ from Thriller hahah) 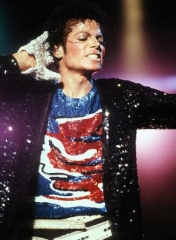 Back to General Discussion


1 user(s) are reading this topic